This image is for reference only.

device by means of a computer, mobile phone or tablet.
RADWAG Remote Desktop enables operation of

instruments of 3Y, 4Y and HY10 series (the instruments must feature suitab). 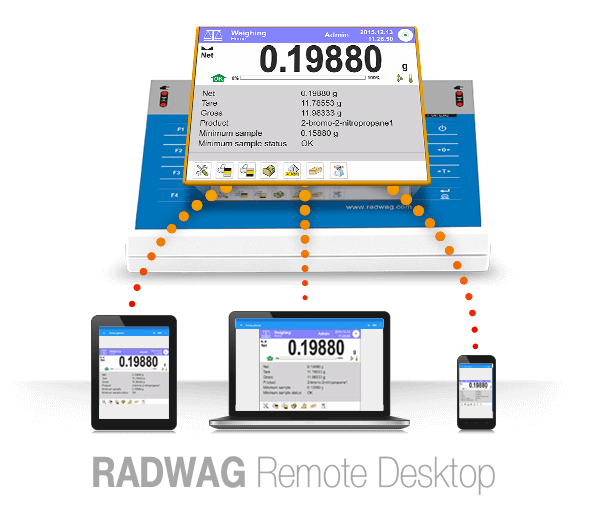